I have started to engage with the production of grafted walnut sapling and grafted almond sapling approximately 25 years before; I have been a director in our village’s cooperative for six years, among in which the last four years as chairmanship between 2004 – 2010, then continued the production and marketing in our family company for the next four years; and as of 2014 I have established GÜVEN NURSERY firm in order to market the certificated grafted walnut and almond saplings, which I have produced on my own.

Our aim is to make contribution to our customers, who wants to establish a nursery with 100% correct-named, high-quality, healthy certificated and grafted walnut saplings, to make a forward-looking, profitable investment and to add incomes to their incomes;

To make contribution to our country, which is in the third place in respect of walnut production behind Chinese and America, but exports walnut, to be able to export walnut by providing the Establishment of healthy, grafted walnut nurseries;

Particularly, to deliver the Chandler and Fernor walnut saplings, which are mostly preferred in recent years in the World and also in our country, and which yield early and which are the leading varieties in respect of the most fruitful varieties, with 100% variety guarantee direct from the producer with suitable prices.

OUR NAME IS OUR GUARANTEE. WE WISH PRODUCTIVENESS AND PROSPERITY TO OUR CUSTOMERS… 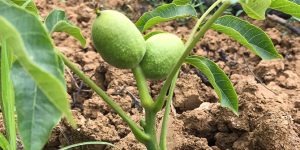